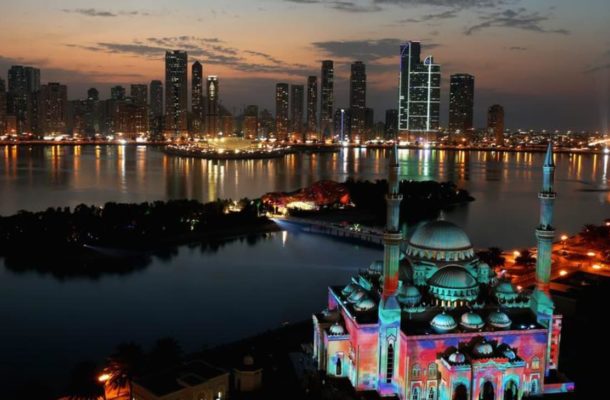 Dubai: It is time to discover the UAE's cultural heart, Sharjah, as we continue our series of venue guides, exploring the four 2019 AFC Asian Cup host cities.


Sitting on the northern border of Dubai, is a haven for art, history and culture enthusiasts. Sharjah, known as the UAE's cultural capital, offers some stunning examples of Islamic architecture and is not short of family-friendly entertainment options.

With an improved capacity of 12,000, the home stadium for Sharjah FC will host group stage matches from five of the six tournament groups, drawing upon the diversity and enthusiasm of fans in the Emirate for the AFC Asian Cup UAE 2019.

The stadium is part of a large sporting complex that also includes the iconic Sharjah Cricket Stadium, located in the Samnan district of the city.
Standout matches to watch here

If you are visiting Sharjah, chances are you will spend some time at its landmark "Central Souq". While you are there, be sure to grab a cup of Masala Corn, this spicy snack is available in many of the small food stalls spread along the walkways of the souq.

Generally, Sharjah is home to some of the best Arabic food in the country, owing to its large population of Iraqis and Levantines. Stroll down the bustling Jamal Abdul Nasser Street and indulge into exquisite Middle Eastern cuisine from the tens of cafeterias and restaurants lining its sides.

Sharjah itself is somewhat of a hidden gem, often overlooked by the droves of tourists who opt to spend their time on the beaches and extravagance of Dubai. This particular reason makes it a fascinating and authentic destination into the off-beat UAE.

You can spend hours wandering the narrow alleyways of the historic "Heart of Sharjah" semi-walled old town. From 19th century royal houses to museums, theatres, mosques and traditional coffee shops, this window into the past of the UAE is an experience not to be missed.