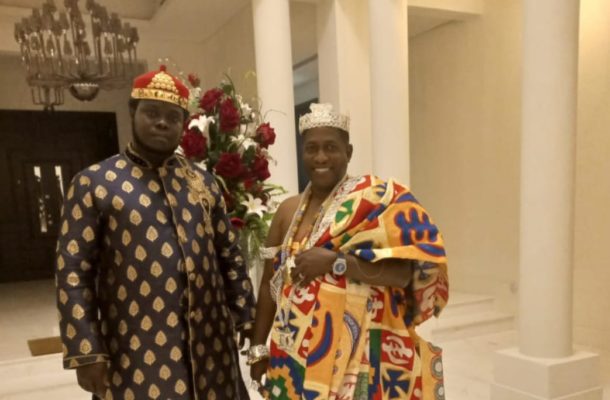 The Vice-Chairman of the Anamase Royal Alliance Council King Joseph Jeremiah has won the Philanthropist Award of the year in Dubai (UAE) under the patronage of His Highness Sheikh Hamdan Al Nahyan.

King Joseph David Jeremiah, Royal from the King David Tribe of Judah also serves as the King of Anamase Infrastructure and Traditional Development which was coffered on him by Nii Ayitey Anumle Oyanka I, the chairman and founder of the Anamase Royal Alliance Council.

King David Joseph Jeremiah is a world icon, loved by all, and an embodiment of the sacrosanct values of freedom, justice, peace, equality, respect, the truth and kindness as espoused in many countries across the world.

King David in his remarks after receiving the esteemed award expressed his gratitude to His Highness Sheikh Hamdan Al Nahyan and the organisers for recognition of his philanthropic efforts. 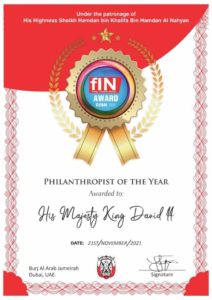 "I'm very pleased to receive this award today under the patronage of His Highness Sheikh Hamdan Al Nahyan. I thank each and everyone who made this possible today not forgetting the Chairman and founder of the Anamase Royal Alliance Council, Nii Ayitey Anumle Oyanka I who made me the King of Infrastructure and Traditional Development".

According to him, receiving the award as the Philanthropist of the year shows how people appreciate his charity efforts.

King David is Championing the course of development and change for the people of Ga Royal Kingdom Anamase Royal Kingdom in Akyem Bosome Traditional Area And many Others in the pipeline through the new pan African development road map to unite the countries through the mutual benefit of new "Friendship  Navigation And Commerce Treaty ".