VIDEO: Abena Korkor updates list of men she has f*cked; reveals she is close to hitting 100 men 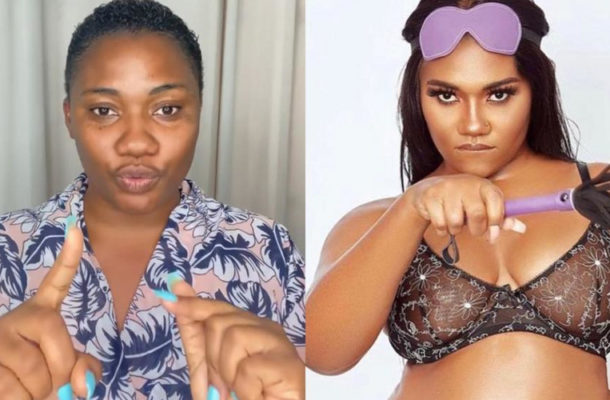 Controversial former TV3 presenter and mental health advocate, Abena Korkor Addo has revealed that she loves sex and has slept with close to about one hundred men.

She made this revelation in a no bares all Instagram live video she did recently spurning over 2 hours where she made some startling revelations among others.

The former University of Cape Coast studen t who some time past released a list of men she has slept with has now updated her list of conquerors in her honey pot.

According to her she has slept with Joy FM duo of Kojo Yankson and Lexis Bill, K.O.D, politician Sammy Awuku  but revealed that husband of actress Victoria Lebene, Eugene Nkansah is very good at licking but she has not allowed her enter her Canaan as his specialty is licking.

She says Eugene Nkansah of Nkonkonsa.com fame has been pestering her to have sex with her even though he is now married with Victoria Lebene but admits that Nkansah is a gem when it comes to using the tongue to give pleasure to a woman.