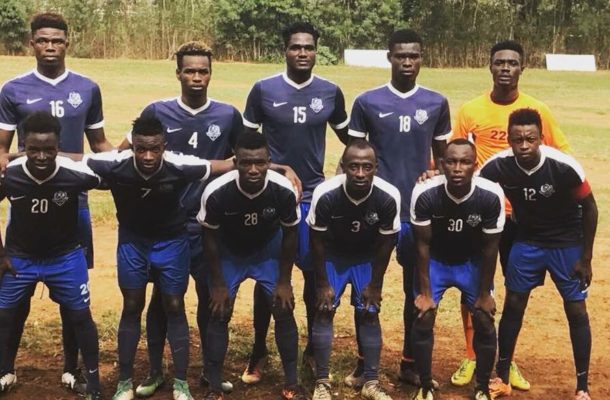 Accra Lions were seething with rage on Saturday as center referee, Abdul Karim Ganiu denied them what they thought was a perfect goal and also awarded a phantom penalty in their match day 16 clash against Accra City on  at the Teshie Military base in Accra.

The match eventually ended 1-1 but the ambitious Accra Lions thought they should have won the game but for the center referee's machinations against them.

It was Accra Lions the visitor who took the lead in the game after left full back Joseph Addo rifled in a thunderbolt from about 35 yards to break the deadlock.

Accra Lions thought they had added the second goal but strangely the center referee who had other ideas whistled for an infringement which was very difficult to comprehend as Rauf Salifu received the ball in the second half from a goal kick from his goalkeeper before scoring.

The straw that broke the camel's back was when the referee manufactured a phantom penalty out of no where when a long punt into the penalty box was chested by an Accra Lions defender only for the center referee to blow his whistle for a penalty which was duly converted by the home side to make it 1-1.

VIDEO OF PENALTY BELOW: