VIDEO: Akufo-Addo in 'victory dance' with NPP supporters in London 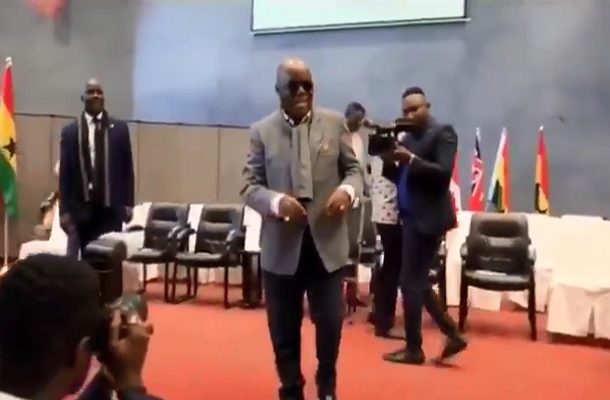 After being declared the winner of the just-ended presidential elections, Nana Addo Dankwa Akufo-Addo, has travelled to London to celebrate with party faithful in the UK.

While there, President Akufo-Addo put on his dancing shoes when he was welcomed by the party faithful.

The president-elect who was on an official assignment in two African countries, Cote D’Ivoire and Guinea to witness the inauguration ceremonies of Alassane Ouattara and Alpha Conde on their re-elections.

In a viral video, President Akufo-Addo is seen dancing and waving to party supporters.