VIDEO: Amerado angrily walks out of interview on Kingdom FM 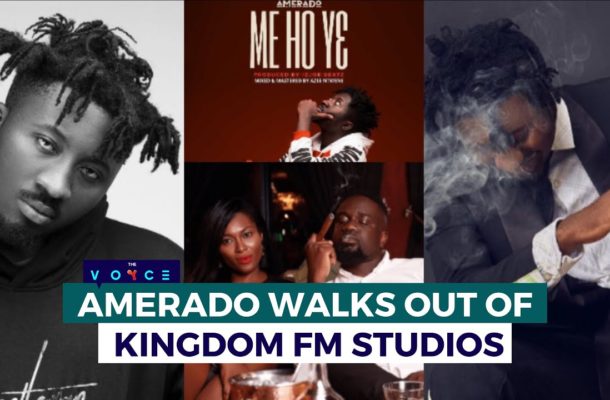 Ghanaian rapper Amerado could not stand the incessant questions about Sarkodie and being thrown at him by a Kingdom FM Presenter and walked out on him Friday 16th April,2021.

The rapper was at the Accra based radio station to promote his new single titled 'Me ho y3 ' but was constantly being asked questions about Sarkodie by the Presenter Londona.

For time without number through the interview the rapper reminded the presenter the reason why he was there but the Sarkodie questions kept coming.

Out of frustration Amerado told the presenter that If he would keep asking questions about Sarkodie then he would walk out so he plays the song.

It is not the first time such a thing has happened as Kidi recently walked out of an interview on Accra FM with Nana Romeo after he was shamed for being late for an interview.