Video and Photos: As Ghana's Kente used in protest in against Trump 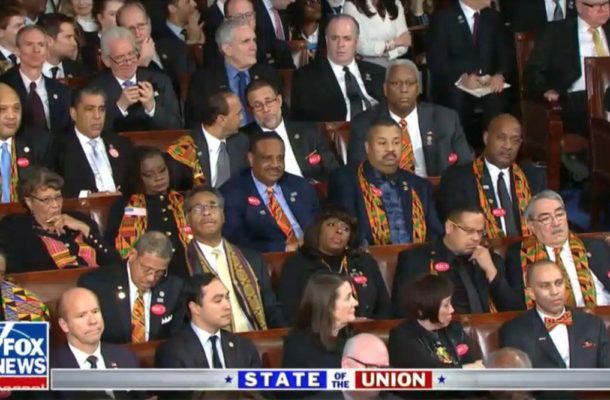 The members appeared unenthusiastic while watching the speech, and did not applaud when President Trump touted his record with African-American unemployment. 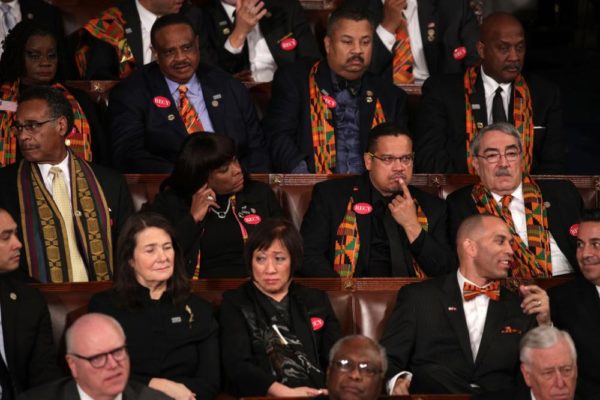 The all-black dress code was hard to spot in the crowd, but the Congressional Black Caucus in kente cloth were impossible to miss. 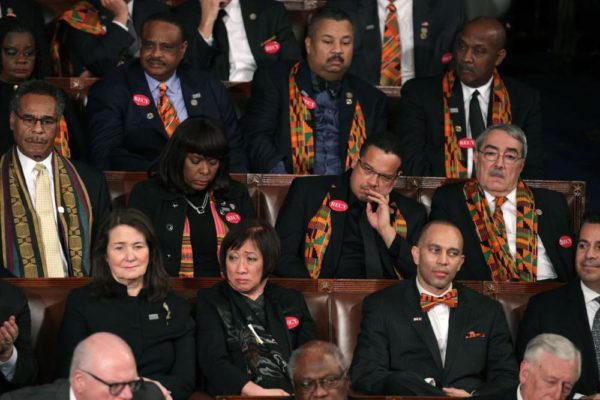 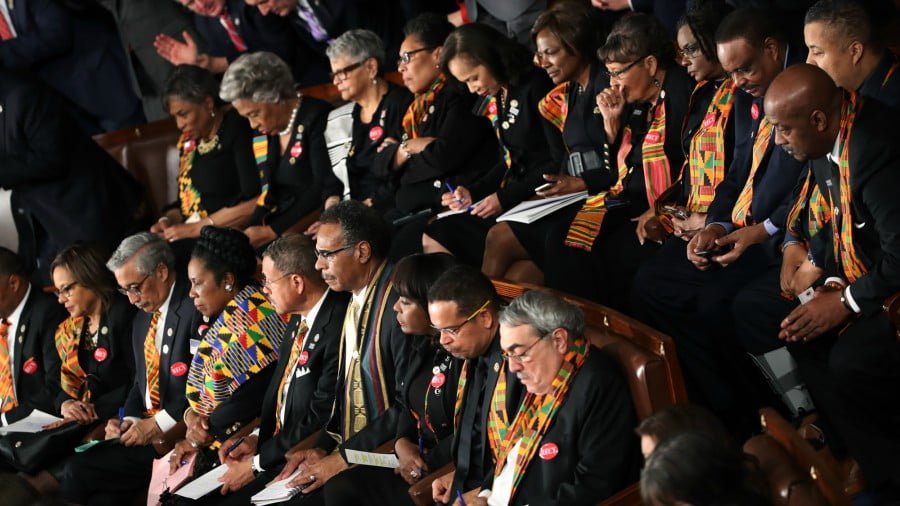 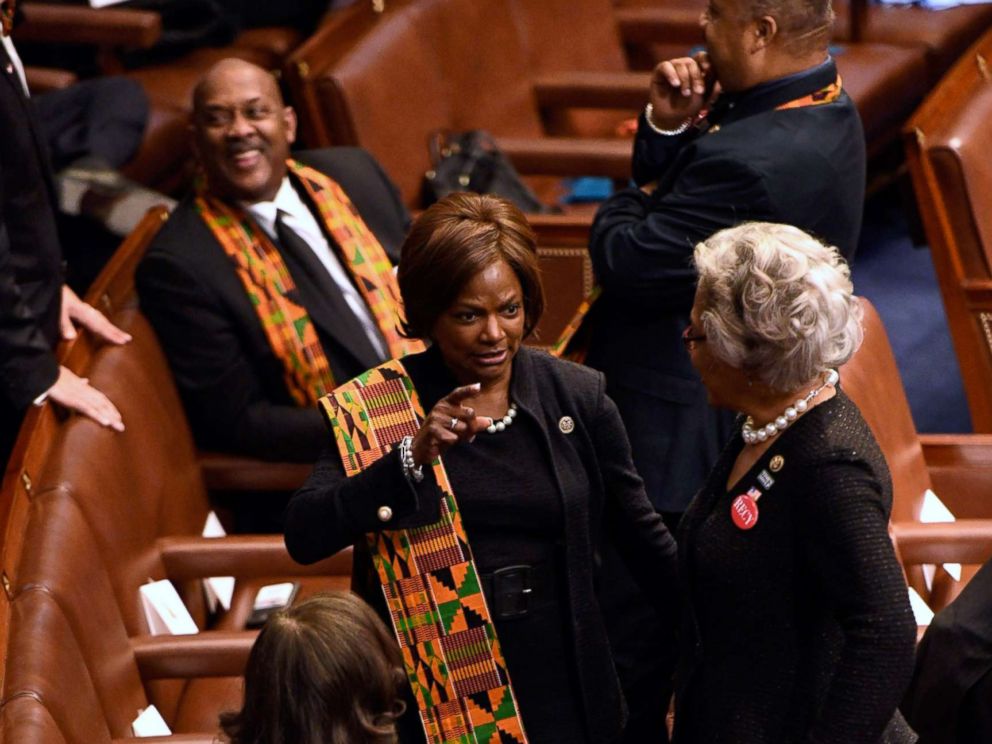 The much-publicized protests organized by Democrats in Congress took many forms during the address, which ran longer than any since 2000. 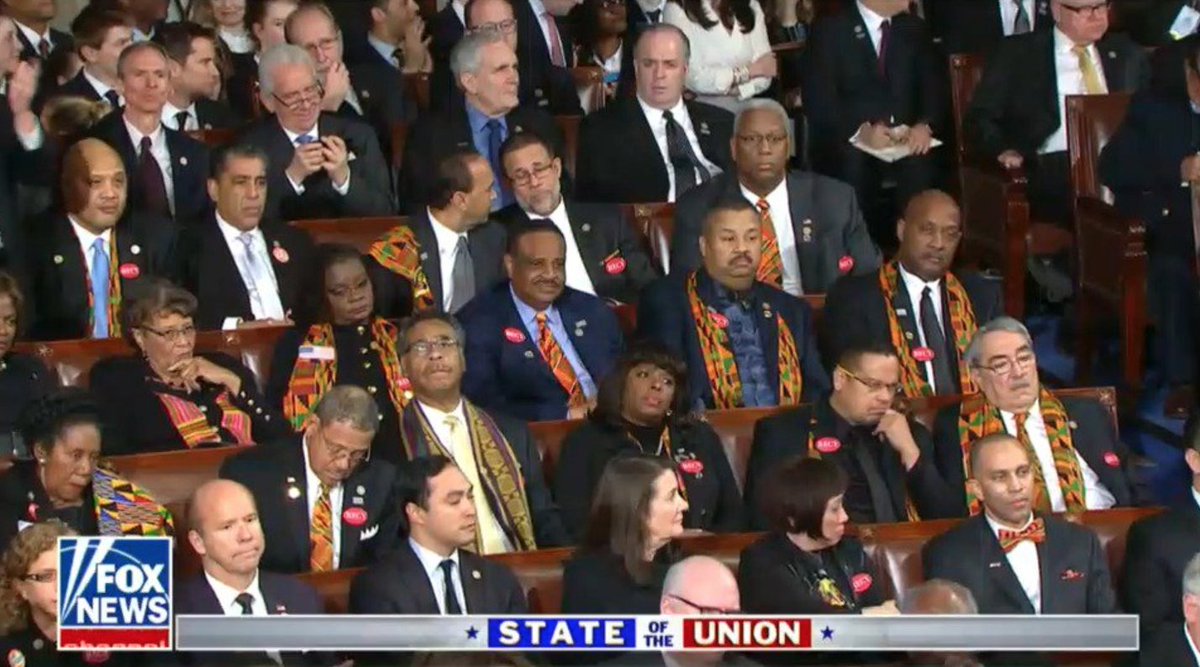 As much of the room erupted, the lawmakers raised not a hand. Some looked up or glanced downward