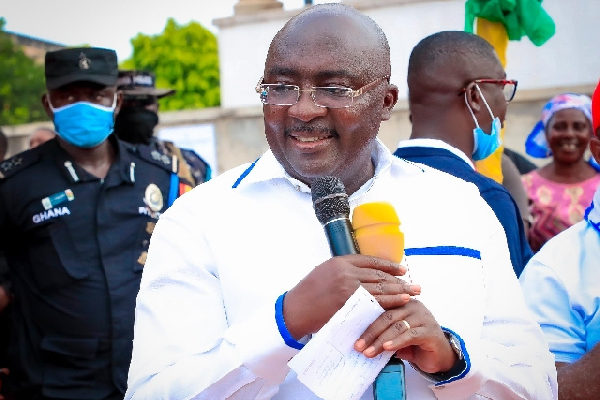 Some disgruntled leaders of organized New Patriotic Party (NPP) groups from across the country who traveled to Accra to meet the vice president have displayed their displeasure at the vice president, Dr. Mahamudu Bawumia for his apparent disregard for them.

A bus load of NPP members numbering in excess of 30 thronged the private residence of the vice president asking to see him in person and lay bare some grievances to him.

According to the livid party folks, they had earlier sent a petition which was received by aide to Dr. Bawumia, Dr Gideon Boako with the promise that it will be handed over to the VEEP himself but till now they have not heard anything so they wanted to meet him in person.

In a video cited by this portal, the angry NPP members cladded in party shirts and paraphernalia rained curses on the vice president and also vowed to derail his quest to lead the NPP in the 2024 elections.

According to the angry members they saw the vice president in his house but was whisked away without him saying a word to them.