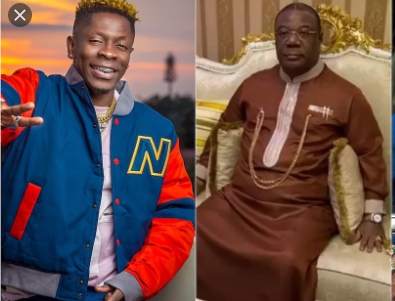 Already, the multiple award winning Ghanaian artiste is receiving countless wishes across social media even though the day just started.

One of the first prominent personalities to send out a personal message to the Shatta Movement boss is the Presiding Archbishop and General Overseer of the Action Chapel International, Archbishop Nicholas Duncan Williams.

In a video circulating on social media sighted by GhanaWeb, the respected man of God pronounced words of blessing on Shatta Wale and extended his goodwill to the music artiste.

“Shatta, today I am told it’s your birthday and I wanted to take the opportunity from my heart, on behalf of myself, my family and all your friends across the nations of the world to wish you a happy birthday. May you increase, prosper in wisdom and understanding. May you be a game changer and a wonder to your generation. I send you the courtesies of my goodwill and the blessing of the lord. Once again happy birthday, be an inspiration to your generation. Amen,” the Archbishop said.

Shatta Wale, a multiple award winning Ghanaian dancehall artiste, in 2004 after releasing his hit track, ‘Bandana from Ghana’, went of the music scene and came back around 2013 where he rebranded from Bandana to Shatta Wale.

He has over the years dominated the Ghana music industry and commands a huge army of “cult” followers under his Shatta Movement Empire.

He has released multiple hits and has also been featured on others, the biggest of which is his feature on American pop star, Beyonce’s Lion King album.

The King Already Song on the album featuring Shatta Wale has grossed millions of streams across various online platforms including Youtube where the audio and official video of the song has a combined stream of over 51 million.