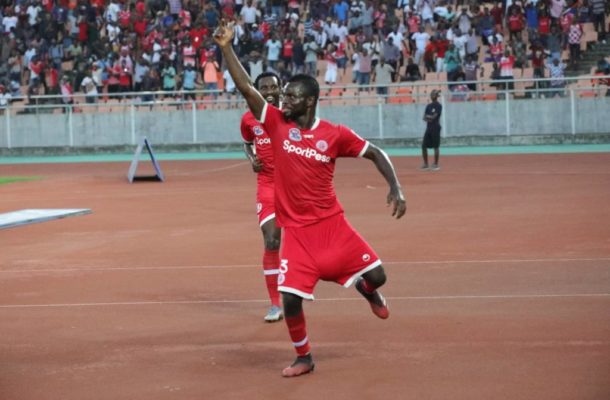 Ghanaian midfielder Bernard Morrison was the star of the show as his Tanzanian side Simba SC defeated Sudanese giants Al Hilal 4-1 in their Simba Super Cup opener at the Benjamin Mkapa Stadium in Dar es Salaam on Wednesday.

It was the home side who opened the floodgates in a match which produced five goals as Larry Bwalya opened the scores in the 38th minute from close range.

The Sudanese side upped the ante and drew level minutes before half time break through Salim Mohammed's header to make it 1-1.

Simba SC regained their lead in the 72nd minute with the goal coming from pacy winger Chikwende after some brilliant football.

Bernard Morrison left it very late in the game as he scored his first goal in the 86th minute before three minutes later he added the second goal to make it 4-1.

Simba will next take on serial continental title winners TP Mazembe at the same venue on Sunday in what is expected to be a crunch fixture.

The Simba Super Cup has been to prepare Simba FC for the upcoming CAF Champions League campaign.