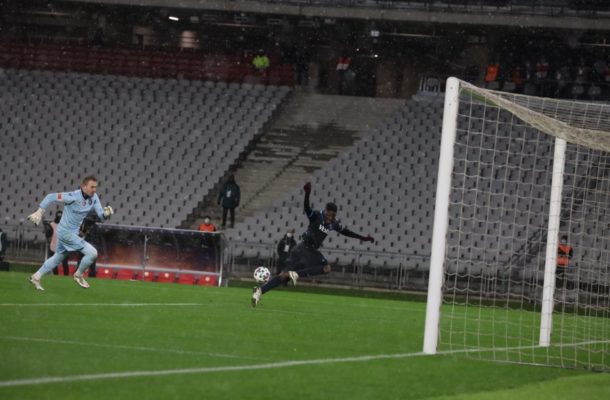 In form Caleb Ekuban powered his Trabzonspor side to their first trophy this season and a personal first career trophy on Wednesday night when he netted the winner in their 2-1 win over Istanbul Basaksehir in the Turkish Cup final.

Istanbul Basaksehir who are the Turkish league champions were the favourites ahead of the game but the less fancied Trabzonpor opened the scores of the game through Cape Verdean international Jorge Djaniny in the 47th minute at the Atatürk Olimpiyat Stadium.

Former Chelse and Newcastle star Demba Ba pulled parity for Istanbul Basaksehir from the penalty spot in the 58th minute as he slotted past goalkeeper Mert Gunok.

It appeared the match was heading for penalty shoot out before Caleb Ekuban settled matters with five minutes to end the game as he raced onto a long pass to score the winner  for Trabzonspor.

The Ghanaian won his first major piece of silverware in his career last night with the winner.

Ekuban has been in good form this season scoring 7 goals  while providing two assists in 15 games in all competitions.