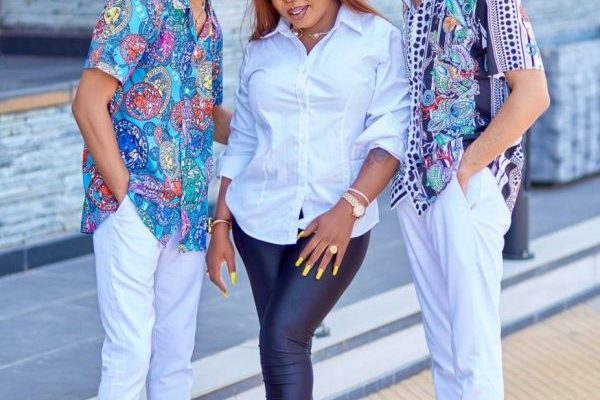 The much talked about plush birthday party was organized in a bus and latter ended inside Potbelly Shark in East Legon as the boys received lots of gifts from their mother.

The highlight of the party was when their uncle, Chief Dominic gave the twins GHc10,000 each as their biirthday gifts.

Some of the known faces present at the party includes, Diamond Appiah, Tracey Boakye, KK Fosu and many others.

Another memorable moment at the party was the arrival of the birthday cake and it's cutting. The cake arrived with wiaiters and waitresses giving a complete dance performance. After the cake cutting money  was pulled of the cake.

Afia Schwarzenneger who was filled with emotions on that particular night expressed her appreciation to God for the blessings bestowed on her and also for sustaining her boys after their father passed away several years ago.