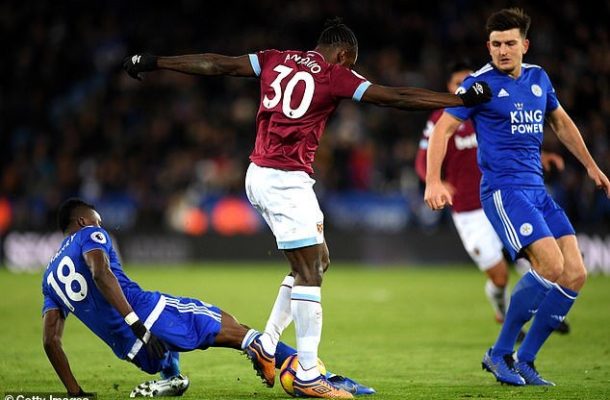 Leicester's Daniel Amartey carried off on a stretcher with leg in a brace during clash against West Ham.

The 23 year old appeared to catch his studs in the turf and twisted his leg.

Here is the Video below: