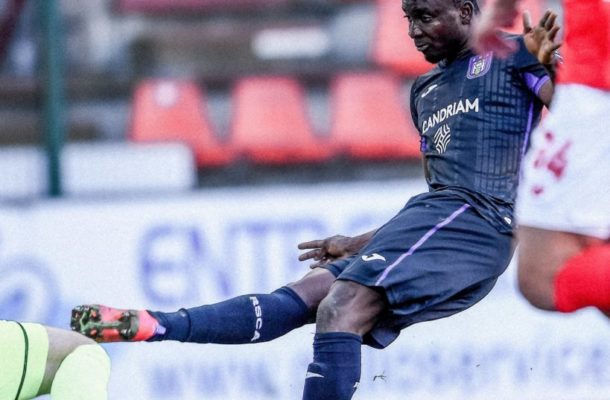 Since joining the club two and half years ago, and embarking on several loan spells the former Asante Kotoko striker has now found the back of the net for his parent club in Sunday's league game.

The striker scored his side's third goal after compatriot Francis Amuzu had opened the scores with rapturous delight from the technical bench as if he told them I would score today.

After Francis Amuzu opener in the 23rd minute, K.M Lawrence added the second in the 73rd minute to make sure of the results.

Liege reduced the deficit through Selim Amallah before Dauda Mohammed sealed the victory with the last goal which happened to be the last shot on target.