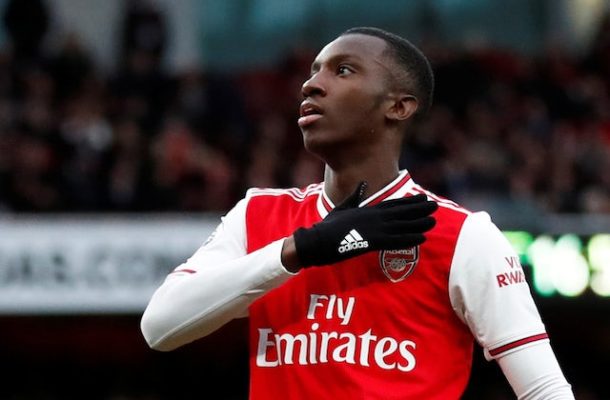 Eddie Nketiah scored for Arsenal in their victory over lower tier side AFC Wimbledon in the fourth round of the Carabao Cup as they made it three wins in a row after a difficult start to the season.

Alexandre Lacazette was making his first start since April and scored a penalty after Nesta Guinness-Walker fouled Gabriel Martinelli.

Arsenal host Leeds in round four.

The Gunners should have beaten the Dons by more after hitting the woodwork twice.

Visiting goalkeeper Nik Tzanev tipped the ball onto his own bar in the first half, and Nuno Tavares later headed off the post.

The Gunners named a strong team, with Nketiah the only member of the starting XI not to play in the Premier League this season.

AFC Wimbledon did not manage a shot on target in the game.