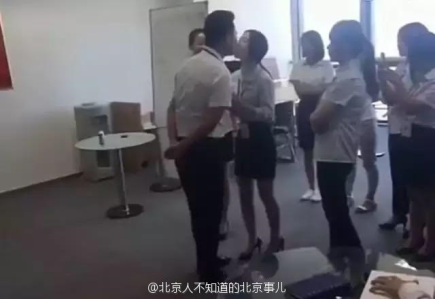 The boss of a company selling home brewery equipment in Tongzhou District, Beijing, China, reportedly forces his 'female' staff to kiss him before resuming for work every morning.

The photos which went viral on social media, show the workers line up to kiss him on his lips.

According to reports, although the women were initially reluctant to attend the morning ceremony, almost all of them have since given in to their boss' demand. Only two female staff members absolutely refused and resigned from the company. 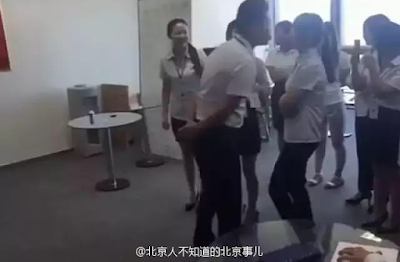 "The boss claims that the practice helps to create a closer bond between employees and managers and says that some female workers really miss him when he is gone, sending him messages on WeChat. He also claims that he picked up the idea while visiting a company in the United States."


Watch the video below...