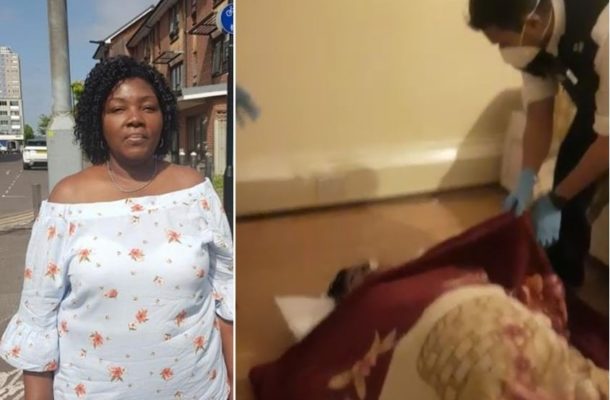 British Police found the body of a Ghanaian female social worker in Tottenham London in her room.

According to MyNewsGh.com, the deceased identified as Dora Mills is believed to have died on February 21, 2021.

Relations of the deceased according to a video sighted by this portal are seeing assisting the police to unravel the actual cause of death as they ask if they knew she was on some kind of medication or had a particular health condition.

A co-tenant is heard telling the police that she lives next door but was unable to give answers to the specific questions.

The body has since been taken to a morgue for preservation as police continue to conduct investigations into the unfortunate incident.