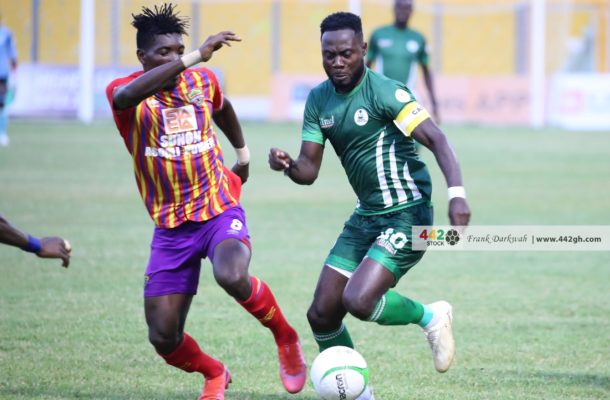 Hearts of Oak and King Faisal played out a goalless drawn game in the first half of the Ghana Premier League clash at the Accra Sports stadium.

The first half ended barren as both sides were unable to score.

The home side came in stronger in the second half and Kwadwo Obeng Jnr scored the opener in the 57th minute after some good work from Daniel Barnie.

The Ghana U-20 star dribbled his way on the left flank before Salifu Ibrahim dink a neat pass over the top before he centered for Kwadwo Obeng Jnr to tap home.

Hearts of Oak put the final nail in the King Faisal coffin as they springed the offside trap before Daniel Barnie tapped home in the 88th minute.