VIDEO: Its a dog I slept with; I no kill person - Nigerian Lady speaks out 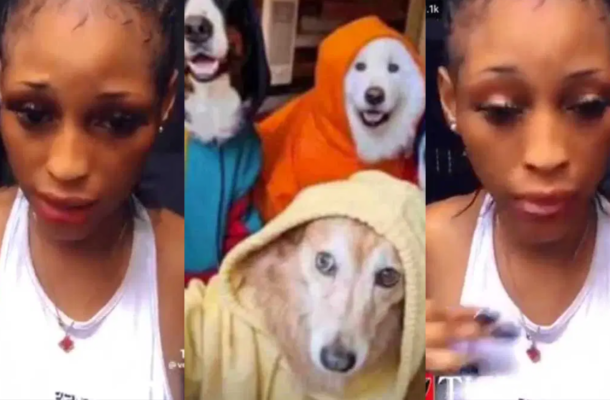 A Nigerian lady who was captured in a viral TikTok video sleeping with a dog has come out fighting saying she did that for a whooping N1.7million.

The said video is to have been shot in Dubai where the supposed slay queen traveled to.

Many have taken to social media to lambast her for the obnoxious act pf laying with a dog but she has  slammed her critics  saying that she  only slept  with a dog and has not killed  anyone.

She adds that she has not contracted any viral infections or diseases as its being suggested by many.

“What is the big deal there? I only slept with a dog, I didn’t kill somebody. You, in your life, you have done worse and besides, have you seen N1.7million before?

“As if it’s a big deal. And mind you I’m not infected or anything. Stop dying on the matter, I’m enjoying the money,” she stated in the first

She has been identified as Veegodess with  the same TikTok ID has been trending on various  social media platforms  the last few days.