VIDEO: Jeffrey Schlupp happy to have scored for Crystal Palace in Leicester draw 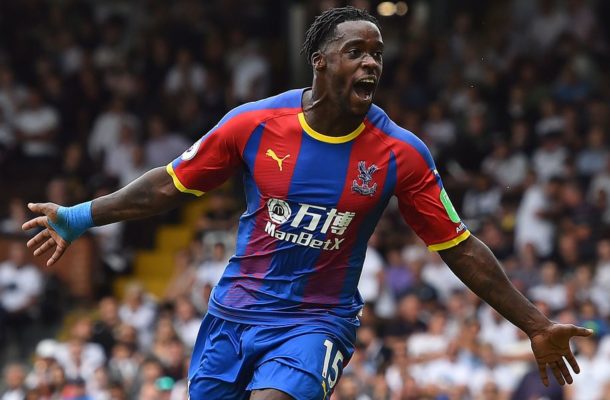 Ghanaian midfielder Jefferey Schlupp came off the bench to score the equalizer for his side Crystal Palace in their 2-2 drawn game at the Selhurst Park.

The versatile player scored his first goal this season in a campaign ravaged by injuries and he says he is happy to have scored as he had several chances saying he will take them however they come.

Leicester City cruised into a 2-0 first half lead but they could not hold onto it as Crystal Palace held their nerve to rescue a point in the second half.

The home side Crystal Palace where very dominant and started the game on the front foot with Wilfred Zaha on his usual best as he tore the Leicester backline to shreds with his pace and dribbling.

Crystal Palace should have taken the lead in the first half after a Zaha run  and shot but it was well saved by Leicester goalkeeper Kasper Schmeichel.

But Nigerian striker Kelechi Iheanacho scored for Leicester against the run of play after a mistake by Palace defender Joachim Andersen after a heavy touch in the box as the former Man City striker made it 1-0 after slotting into the bottom corner.

Six minutes later Leicester City were home and dry as Tielemans dinked a ball to Harvey Barnes who ran and played it to Jarmie Vardy who slotted home to make it 2-0.

Goal shy Jordan Ayew was taken off eight minutes after the restart for youngster Michael Olise who started the fight back after pulling a goal back in the 61st minute after his initial shot was blocked before scoring the rebound to make it 2-1.

Super-sub Jeffrey Schlupp came on for Conor Gallagher in the 71st minute and the Ghanaian scored seconds after coming on after nodding home a ball in the area to make it 2-2.

Schlupp and compatriot Jordan Ayew will be in Ghana next week for the World Cup qualifier double header against Zimbabwe.