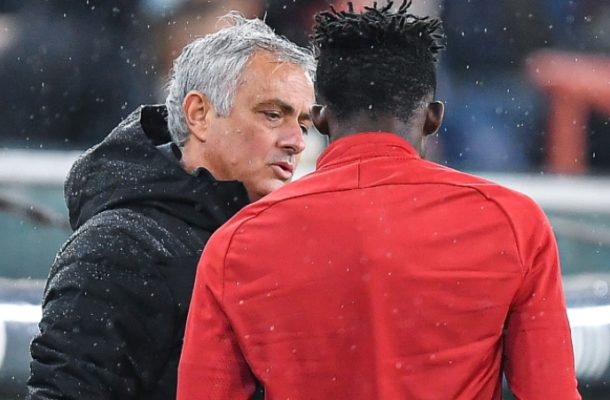 AS Roma coach Jose Mourinho has redeemed his promised to buy Ghanaian youngster Felix Afena-Gyan a pair of new boots before their Italian Serie A game against Genoa.

The 18 year old youngster after hitting a brace on Sunday evening ran to his coach to remind him off  the pair of boots promised after scoring the brace.

Felix Afena-Gyan was the hero for AS Roma as he rescued his side from an embarrassing draw against Genoa on Sunday night.

“I had promised to buy Felix the boots he really likes, which are really expensive, they cost €800, so he ran over and told me not to forget! Tomorrow morning, the first thing I do is buy him the boots,” Mourinho told DAZN.

The former Chelsea, Manchester United and Real Madrid coach has honoured his promise to the Ghanaian youngster.