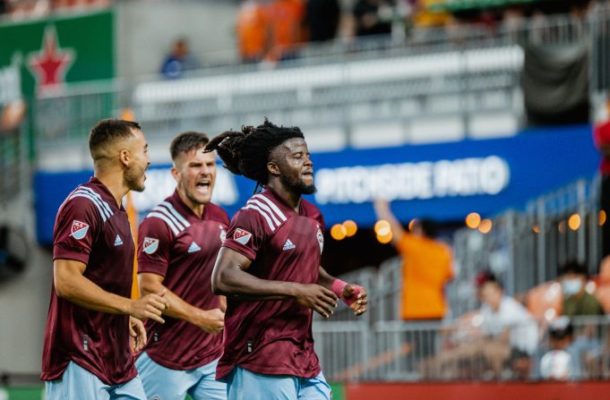 Ghanaian center back Lalas Alhassan Abubakar headed home a corner kick by Jack Price to give the Colarado Rapids a 1-0 lead in the fifth minute in their 3-1 win over Houston Dynamo.

Fafà Picault converted from the penalty spot in first-half stoppage time to restore parity for Houston (3-7-9).

Michael Barrios and Braian Galván scored in the second half to help the Colorado Rapids beat the Houston Dynamo 3-1 on Saturday night.

Colorado (9-4-4) is unbeaten, with two wins, in its last three games and has just one loss in its last eight.

Mark-Anthony Kaye played a low cross through the area and Barrios put away a one-touch shot to give the Rapids a 2-1 lead in the 60th minute.

Galván capped the scoring when he side-netted a left-footer from the right side of the penalty area in the 80th minute.