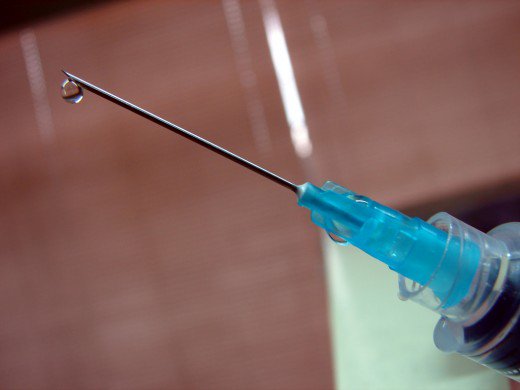 Injection, often referred to as a 'shot' or a 'jab' is the act of putting a liquid, especially a drug, into a person's body using a needle (usually a hypodermic needle) and a syringe.

Believe it or not, injections are generally unpleasant for most people as a middle aged man has been filmed wailing uncontrollably in a hospital over fear of being injected by a doctor.

In a video that has gone viral on social platforms, the man was seen crying loudly in his bid to prevent the doctor from inserting the needle into his body.

The man, who was evidently sick on a bed at a hospital had readied himself to receive the injection but moments after a female doctor got closer to him, he started crying like a baby.

A Thailand soldier also made the news in his country recently after he visibly cried to prevent a doctor from injecting him when he took ill.

However, research has revealed several instances where adults cry like babies receiving injection.