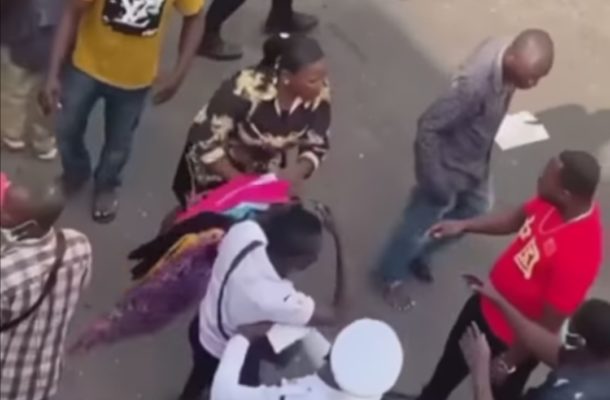 A young man has narrowly escaped mob attack after snatching a woman’s bag.

The ‘inexperienced’ thief was, however, not spared a beating by the female victim who overpowered him.

The elderly woman dragged the thief around while slapping him repeatedly, as she explains the situation to onlookers.

With the help of some bypassers, the thief, who sells jute bags, was released from the grips of the irate woman.

The police whisked the thief away into a van as they head to the police station.