VIDEO: Minister uncovers 12 corpses of infants hidden in boxes at a hospital 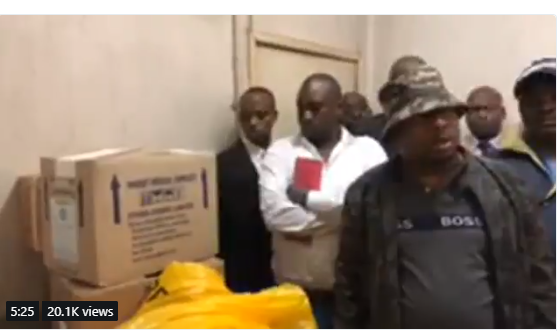 The bodies were seen wrapped in black and white polythene paper bags and put in brown boxes. There were six corpses in one box, five in another and one in the last box.

According to Standard Media, the Governor took the Hospital management off guard and visited the facility on a bike without his entourage.

It’s alleged that the infants died after the management shut down the machines at the maternity wing.

“Conducting impromptu visit at Pumwani Hospital, where it’s alleged by members of the public that the management shut down the machines at the Maternity Wing, leading to loss of lives of young ones," said the Governor.

In the video, the furious is then seen arguing with one of the Hospital’s staff over the number of dead infants ‘buried’ in the ward.

According to him, it is impossible to lose 12 babies in one day.

"I want to categorically state that human life must be respected no matter the case. Stern action will be taken against anyone found to be sabotaging the good services offered to our mothers and sisters who come to deliver in this facility."