Celebrated Broadcast Journalist and General Manager of GH One Television,Nana Aba Anamoah has once again used her goodwill to secure numerous job offers and even scholarship abroad opportunities for a University of Ghana graduate, Antwi Bosiako who has been working as a washing bay attendant since graduating.

Antwi Bosiako graduated from the nation's premier university in 2027 with a Bachelor's degree in Political Science with Religion [second class upper] but has been washing cars since completing his national service.

The 28 year old has been struggling to secure a decent job that matches his qualification so had to settle for washing cars to survive. 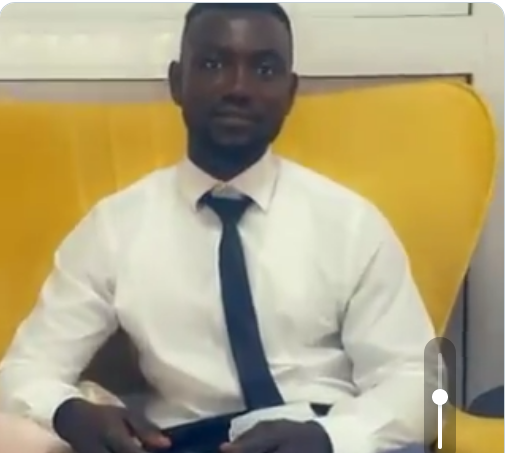 The affable Nana Aba Anamoah in the early hours of Monday 10th May,2021 shared a video of herself ans the gentleman as she went to wash her Range Rover.

She urged followers and persons who could help to offer the young man employment opportrunities which they have done.

“I’m looking for a job for ANTWI BOASIAKO. He has a 2nd Class Upper from the University of Ghana. Let’s get him out of the washing bay. God bless you,” Nana Aba captioned the post.

On Tuesday, just 24 hours after the post the young man has received numerous opportunities and Nana Aba has shared a video of the pair with Antwi Bosiako full of thanks for his helpers.

Asked whether he would choose to study abroad or work here in Ghana, Antwi Bosiako chose to stay in Ghana and work for some time.