VIDEO: Nana Agradaa jams to a gospel song after her release 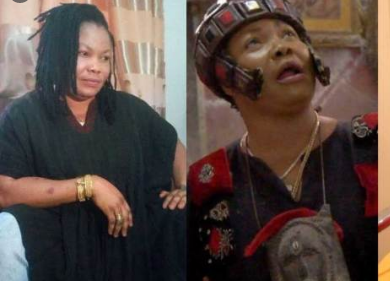 Popular spiritualist Patience Asieduwaa aka Nana Agradaa has been spotted in a viral video jomming to a gospel tune whiles singing along.

The owner of satellite television channel Thunder TV, Patience Asiedua, popularly known as Nana Agradaa was  arrested on Wednesday after her channels was found to be operating illegally.

This follows a raid by a joint team of Police and National Security Intelligence Operatives, in collaboration with the National Communications Authority on Tuesday, April 202, 2021 at the premises of two satellite television stations; Thunder TV and Ice1 TV for illegally transmitting without licenses, at Kasoa in the Central Region.

Since then the fetish priest was on Thursday released after being granted a self recognizance bail.

She has been spotted in a video lying on her bed while singing a gospel tune which is playing in the background.