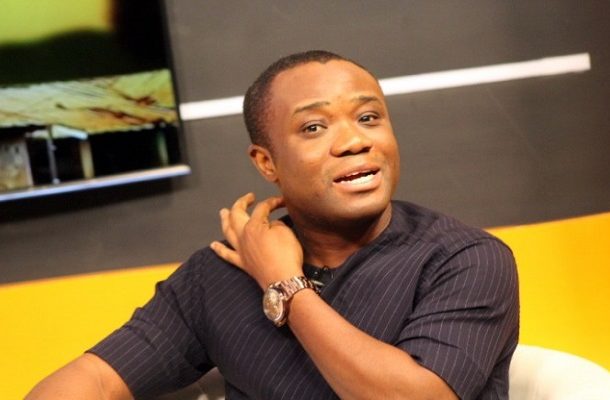 A leading member of Ghana's biggest opposition party, Felix Kwakye Ofosu has been caught in the bedroom of someone's fiancée at 5am.

Even though the married politician was not filmed having sex with the woman named as Dela, those who filmed the incident accused him of that.

It comes at a time the political campaigns for the 2020 presidential and parliamentary elections have been heightened.

The National Democratic Congress top gun who was decked out in the party's t-shirt during the incident denied doing anything with the woman.

The brother-in-law of the woman was seen challenging the public figure who seemed to be begging for peace talks.

It is the second time a member of the opposition has been found in such quagmire with the 2020 election just about a month away.

Felix Kwakye Ofosu is currently aspiring to be the Member of Parliament (MP) for the Abura Asebu Kwamankese seat in the Central Region.

Kwaku A. Danso 7 months ago
Eeeei!! These days of technology! The man is in somebody else’s Wife or fiance’s bedroom at 5 am! Serious oo!!
cobby osei 7 months ago
NDC ;Like Father Like Son.. They are following the foot steps of their leader.