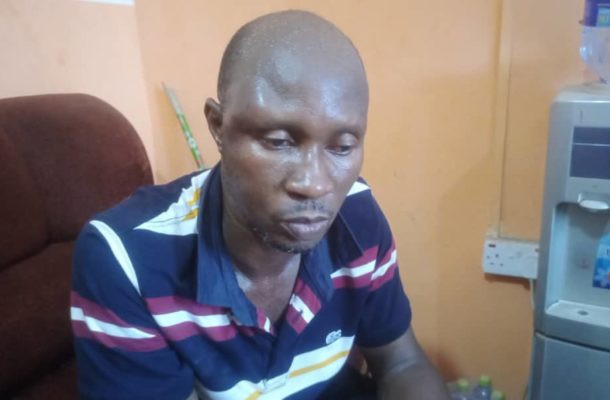 According to the Crime Officer at the station, DSP Owusu Dwomoh, the command received intelligence that a group of people is trading in counterfeits in the region, especially Buduburam, Kasoa, and its environs.

An early morning swoop had the suspect, Kofi Appiah, in their den, yet he denied accusations of fraudulent activities.

At the time of his arrest, DSP Owusu Dwomoh said the baron had cut blank papers, the size of GHS 50 and $100 notes in bundles, awaiting chemical printing.

The counterfeit were packaged in ‘Ghana must go’ bags and carefully hidden in the rooftop of Kofi’s hideout, per the commander’s statement. 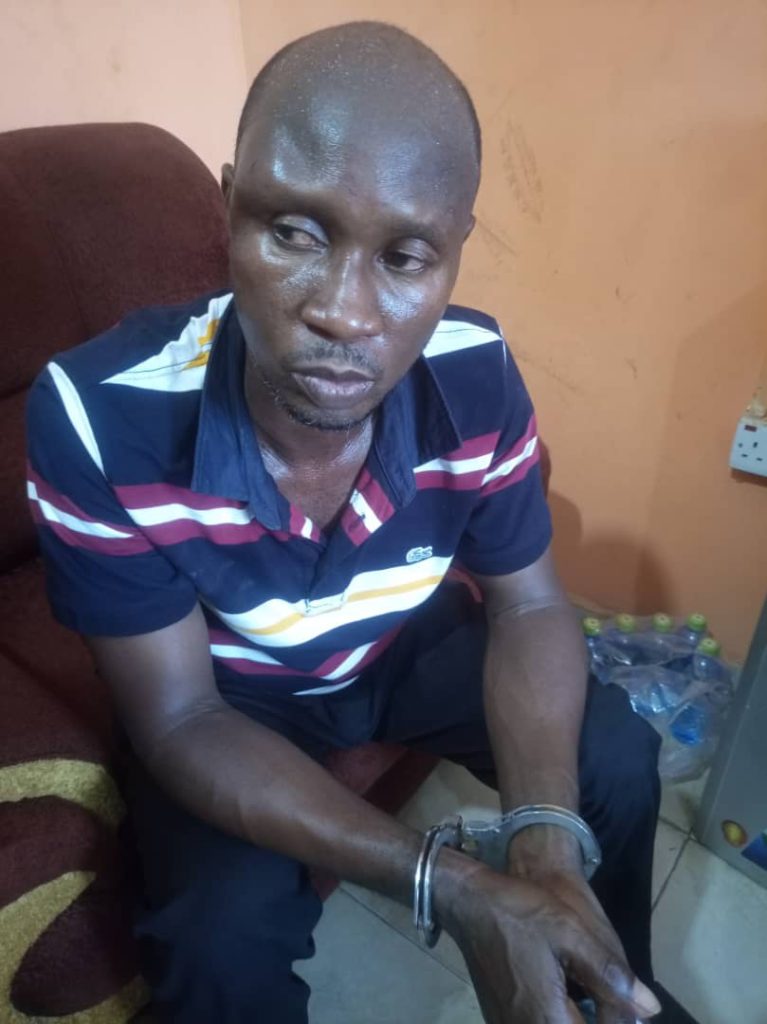 43-year-old Kofi Appiah is said to be involved in money doubling, tricking his clients to produce original cash, while he balances with his counterfeit.

Aware of the mountain of evidence against him, Kofi Appiah confessed he had been involved in the business for years, and he has been graduated to the Central Regional agent, but not the manufacturer.