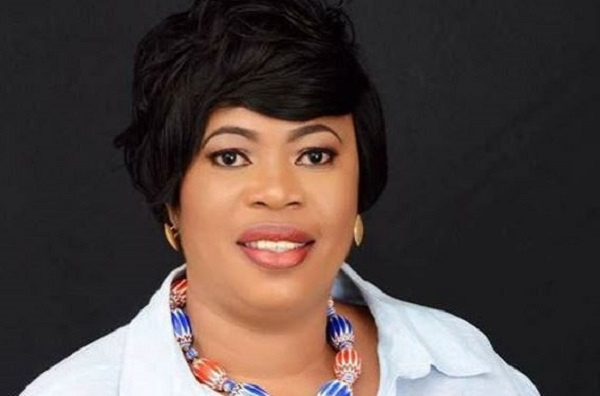 The Managing Director of Xtra Gold Mining Company during a meeting with some members of the party stated that she began working with the company as far back as 2009 following the seizure of her personal mining concessions by the then National Democratic Congress government.

In videos from the meeting available to GhanaWeb, the NPP National Women's Organizer amidst singing of worship songs could not help herself but break into uncontrollable tears.

Addressing the meeting, Madam Gyamfua said, “at [the] right time, we will bring out all our documents showing our compliance to tax obligations. We have not taken from the state and neither are we involved in galamsey. I can’t disgrace our party. I am fully behind the president and the party and I am against galamsey just as every Ghanaian is. I would’ve run away if I was involved in illegality. I wouldn’t have sat for them to come and meet me.”

Over the weekend, news broke that members of the military team undertaking a clampdown on illegal small-scale mining activities had stormed the site of a mining company belonging to the National Women's Organizer of the ruling New Patriotic Party and burnt up some mining equipment.

According to reports, nine (9) excavators among other equipment of Xtra Gold Mining Company Limited allegedly belonging to Madam Kate Gyamfua were burnt by the military team during the raid on the site.

The news came at the back of reports of government and officials in the ruling party being neck-deep in the galamsey menace which has discoloured and made major rivers in the country dangerous for consumption.

But speaking at a Ministry of Information press conference on Wednesday, May 19, 2021, the Minister of Defence, Dominic Nitiwul, said he had been informed the National Women's Organizer of his party is not the owner of the embattled mining company.

According to the Minister, Madam Gyamfua is only an employee of the company serving in the capacity of a Managing Director. He further disclosed that the owner of the company is actually a Canadian and not a Ghanaian.

Watch videos from the meeting below: