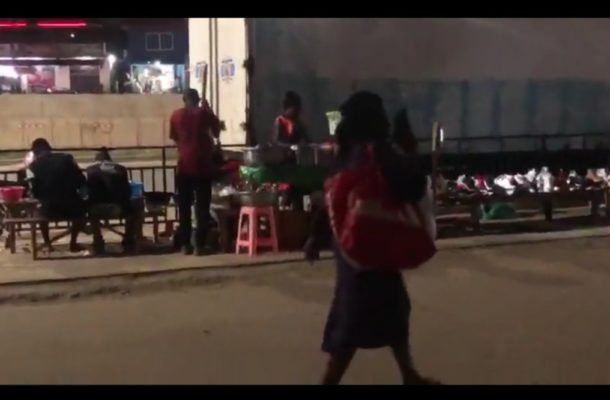 A video of a chop bar operation on the pavement of the Pokuase Interchange has stirred massive reaction among some Ghanaians.

The video, a man and woman busily pounding the fufu though details of their operation remain sketchy.

In what appeared to be a hotspot, varieties of food were on display on a table with another lady believed to be the seller in charge behind it.

Others had also already bought their food and comfortably eating on a table and bench provided at the avenue.

This comes barely a month after some plantain sellers were sacked from the pavement a few days after its commissioning on July 9, 2021.