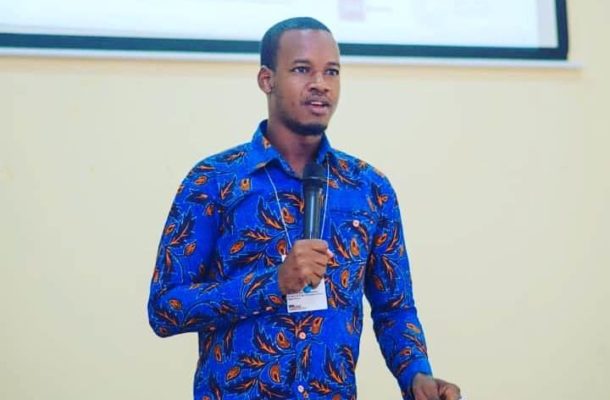 It is a horrifying ordeal most motorist who ply our major roads in the country go through on a daily basis as the harassment from some police officers is embarrassing and nauseating to say the least.

This time the whole world got a glimpse of what Citi FM/TV's Umaru Amadu Sanda went through at the hands of a Police patrol team made up of four uniformed Police Officers at Kwame Nkrumah circle in Accra.

The renowned affable journalist insisted on filming the Police officers who sprung up from nowhere, ordered him to stop so that they carry a search for weapons and drugs in his car.

Whiles the search was ongoing they were hurling insults and abuse at him that who does he think he is if he is a journalist.

At some point one of the officers got incensed went into the patrol vehicle assaulted the journalist by hitting his hand and seizing his phone he was using to record the incident.

With how they were conducting themselves it was as if they were sent to do hatchet job for someone as they embarrassingly instructed him to take off his shoes as they searched inside.

Funny enough he was even told to remove the upper leather of the shoes so they can see what is in between the heel and the leather but he declined.

The Police Officers were very desperate to find something in the vehicle as they searched all compartments of the car but found nothing and one of them instructed him to take off his shirt so they search him.

After abusing him Umaru Sanda made them aware he has taken their names and will drag them to court for abusing him and one of them retorted 'you can even go to the moon'.