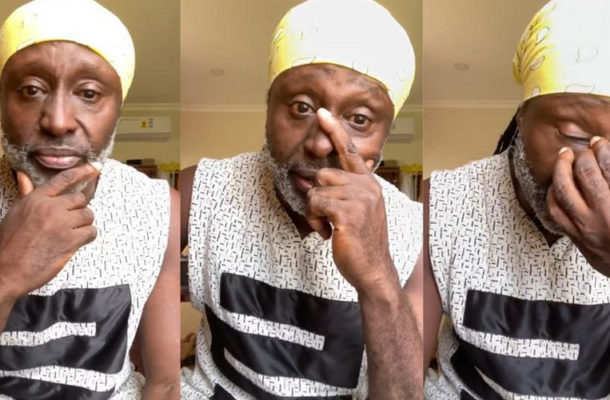 Veteran rapper, Reggie Rockstone has left fans and followers heart broken with a video of him weeping over Akuapem Poloo‘s sentence.

Akuapem Poloo Friday, April 15, 2021, was handed a 90 days jail sentence by the Accra Circuit Court over naked pictures with her son.

But the rapper born Reginald Yaw Asante Osei who had prayed fervently for Akuapem Poloo said he is still in shock.

In the video he posted on his Instagram page, he said the single mother should have been pardoned.

Tears rolled down his cheeks as he spoke passionately about what he described as “ill-treatment” meted out to Akuapem Poloo.

Fans of the rapper touched by the video prayed for Akuapem Poloo.