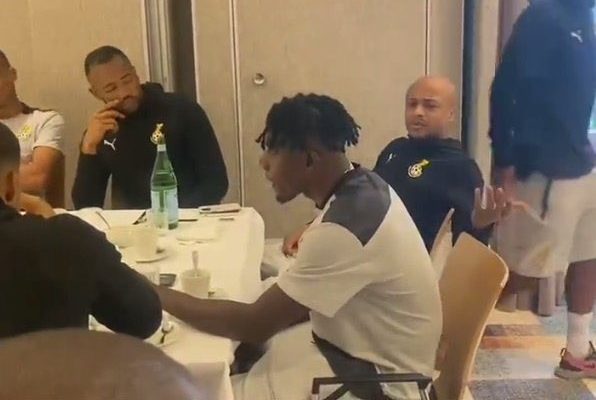 Salisu Mohammed has for the first time joined up with the rest of the Black Stars squad in Deauville- France for the International friendly against Brazil on Friday.

After turning down several call ups to play for the Black Stars, Salisu Mohammed agreed in July to represent Ghana after several meetings  with the GFA President.

He touched down in Paris with Daniel Amartey around 16:00Hrs and was quickly taken to the team Hotel in Deauville. Their arrival means Coach Otto Addo is spoilt for choice in Central defence as Ghana builds up to the two games against Brazil and Nicaragua. Daniel and Salisu are expected to train with their team mates on Wednesday in Deauville.

The Black Stars will play Brazil in Le Harve on Friday before taking on Nicaragua in Lorca - Spain on Tuesday, September 27, 2022.