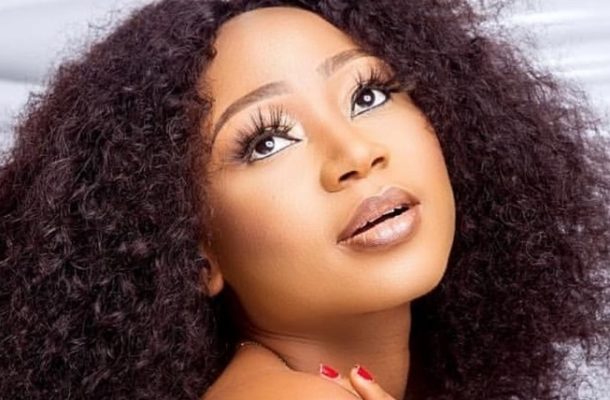 It appears the love and affection for embattled Rosemond Brown aka Akuapim Poloo transcends beyond the boundaries of Ghana as some group of Nigerians have composed a song for the actress and socialite.

The Ghanaian actress was last Friday imprisoned for a period of 90 days after publishing indecent pictures which showed her nudity with her seven year old son who is a minor.

The song which is title Akuapem Poloo the lord is able is making rounds on various social media platforms.

Akuapem Poloo has been granted bail Wednesday morning, April 22, 2021 by the court, presided over by Justice Ruby Aryeetey, pending the final determination of her appeal challenging the 90-day jail term handed to her by the Accra Circuit Court.

She has been granted bail in the sum of GHC80,000 with three sureties and must also visit the Police station every fortnight while her passport must also been deposited at the court's registry.