VIDEO: Teacher's twerking video goes viral as parents threaten to pull their wards out of the school 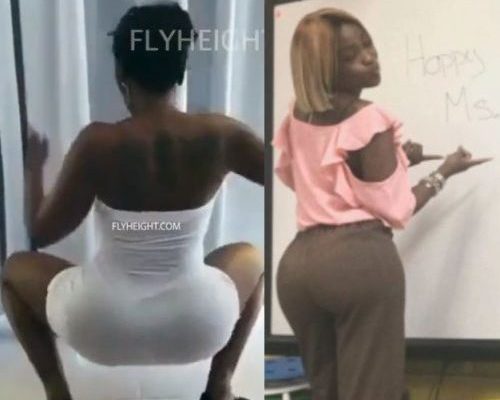 Parents are threatening they will pull their wards out of a Public School after one of its teacher twerking video went viral on social media.

The teacher caused an uproar after she released a video of herself twerking up a storm in a white figure-hugging strapless mini dress.

According to Flyheight website, which first published the video of the woman twerking, the lady is a Public School teacher in Atlanta, Georgia.