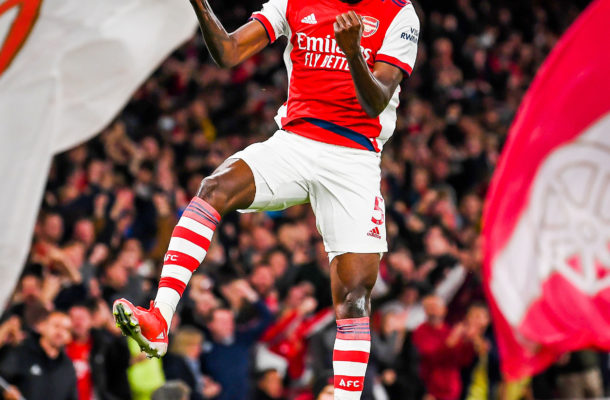 Arsenal and Ghana midfielder Thomas Partey scores his first goal for the London side since joining the club last season from Spanish side Athletico Madrid.

Thomas Partey headed in Smith Rowe's corner for his first goal for the Gunners - having earlier hit the crossbar.

Right at the end of the first half, Arsenal were given a penalty after a long video assistant referee review for a Matt Targett foul on Alexandre Lacazette.

Villa improved on a thoroughly wretched first half, but Smith Rowe scored Arsenal's third 11 minutes into the second half.

He won the ball in his own half and then finished the move via a deflection and the post.

The visitors got a consolation when Jacob Ramsey curled his first Villa goal into the top corner from 20 yards. They put on good pressure and created a few chances in the closing stages but it was too little, too late.