VIDEO: Watch all of Frank Mbella's 18 goals for Kotoko this season 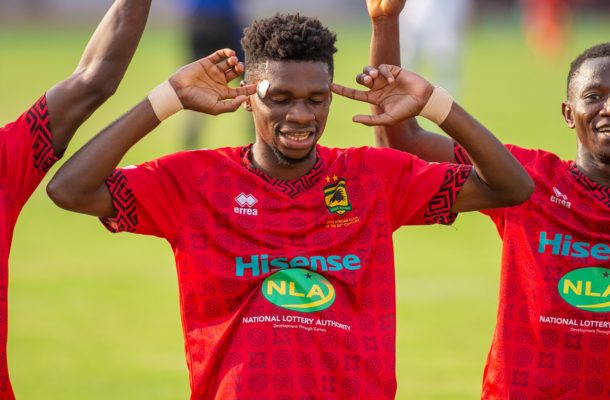 Kotoko's Frank Mbella Etouga currently leads the goal scorers  chart  with 18 goals with 11 goals from open play and seven from the spot.

The Cameroonian striker scored the only goal for Kotoko against WAFA which turned out to be the winner as Asante Kotoko got their first ever win at Sogakope against WAFA.

With his goal, he has now surpassed the 17 goals Eric Bekoe scored to win the goal king for Kotoko and also end the season as the top goal scorer for the club in the 2007/2008  season.

Since Eric Bekoe, no Kotoko striker in recent times has come even close to winning the goal king in the league but the Cameroonian striker is on course with 7 matches to end the season.

The Cameroonian striker can even break the goal tally as there are still 7 more matches to go before the league season comes to a close.