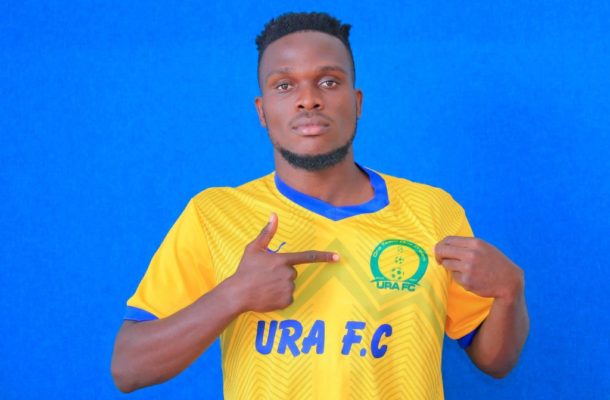 Kumasi Asante Kotoko have set their sights on assembling a formidable squad that is capable of challenging for honours ahead of the 2021/2022 season.

The club ended last season empty handed after missing out on the Ghana Premier League title and the MTN FA Cup.

The two sides are in advanced talks with an agreement at its final stages as the player is set to touch down in Ghana in the coming days to complete his medical examination and put pen to paper.

The club was intent on acquiring the signature of the striker last season but they failed to reach an agreement with his club before he joined Revenue Authority FC.

It was after the abortive Kotoko move that the 22 year old Mukwala joined Revenue Authority FC were he scored 14 goals for them and ended the season as the third best striker in Uganda.

He was behind Vipers SC forward Yunus Ssentamu and Erick Kambale from Express FC who registered 16 and 15 goals respectively.

Mukwala’s impressive displays have also continued into the CAF Confederation Cup Preliminary round where he scored two goals in the home tie against Ethiopian Coffee FC to help his team win 2-1.

He also made his competitive debut for the Uganda Cranes this month when they played out a goalless draw with Mali at Kitende in the 2022 FIFA World Cup qualifiers.

The Porcupine Warriors have also reached an agreement with Medeama SC with the signing of duo Richard Boadu and Samuel Appiah.