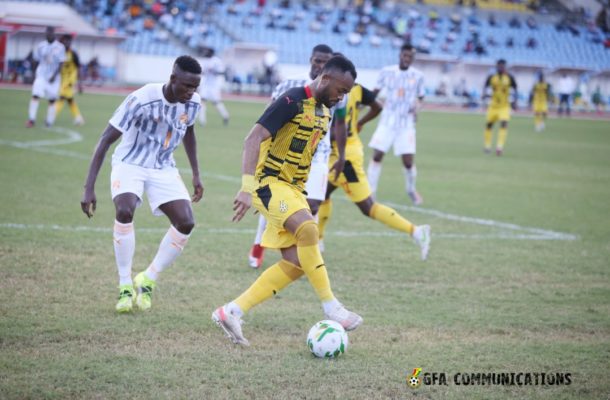 The Black Stars of Ghana played out an entertaining draw with African giants Ivory Coast in a friendly match at the Cape Coast Stadium.

It was a game which defensive resistance stood tall against attacking prowess and efficiency as both sides had numerous chances to have opened the scores but missed them.

The away side caused more problems to the Ghana backline than the docile Black Stars attack who threatened sporadically throughout the game.

Sebastian Haller should have opened the scores of the match in the opening minutes but missed the post by a whisker after a one two with Wlifred Signo.

The Ajax striker had earlier headed wide from a Sangare cross following a good spell of pressure from the Ivorians.

Ghana's only notable attack was a ferocious drive from Arsenal midfielder Thomas Partey which drew a smart save from Ivorian goalie Sylvan Gbohou.