VIDEO: Watch highlights of Ghana's 2-0 victory over Uganda in AFCON U-20 finals 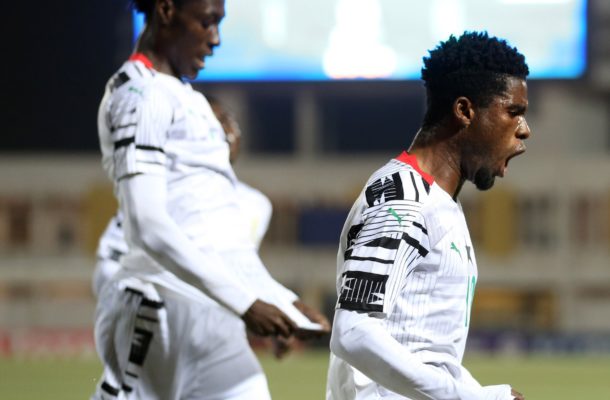 Two goals from Ghana captain Daniel Afriyie Barnie was enough to see off a spirited Ugandan side in the finals of the Afrcan Youth Championship tournament that was staged in Mauritania.

The Ugandans started the better of the two sides with several panicky situations for the backline as the Black Satellites  hit the post twice.

Ghana gradually warmed themselves up into the game as a corner from the right flank was turned home by Hearts of Oak forward Daniel Afriyie Barnie with a deft touch at the near post in the 21st minute.

Uganda pressed for the equalizer but it never came as Ghana went into the break with a 1-0 lead.

After recess, Uganda were quick off the blocks trying to get the equalizer while Ghana played on the counter attack soaking up the pressure and hitting the Ugandans on the break.

It was one such break away moves that ensured that Daniel Afriyie grabbed his brace after Percious Boah made a run into the Ugandan penalty box before his square pass took a deflection into the path of Afriyie Barnie who slotted home past the Ugandan goalie to make it 2-0.

Ghana wins its fourth title after first wining it in 1993, 1999, 2009 and now 2021 that is after 12 years since the likes of Andre Dede Ayew, Samuel Inkoom, Emmanuel Agyemang Badu, Daniel Agyei won the African title in Rwanda.