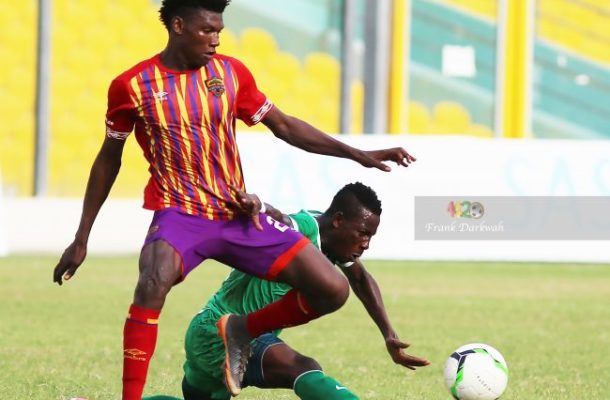 Sharks finished the last 14 minutes  of the game with 10 men as midfielder  Benjamin Arthur received a red card for his dangerous  tackle on Manaf.

The Phobians had gone into the game with injury worries but were the first to make dangerous  incursions, with Umar Mama's rebound  hitting the bar.

Their incessant attacks couldn't  not troubled Yaw  Acheampong's men who kept catching the Phobians on the break.

It paid  off when attacker  James Bissue capitalised on defensive blunder  to put Sharks into the lead.

They could have doubled their lead but Justice Mensah shot wide with  only the goalkeeper to beat.