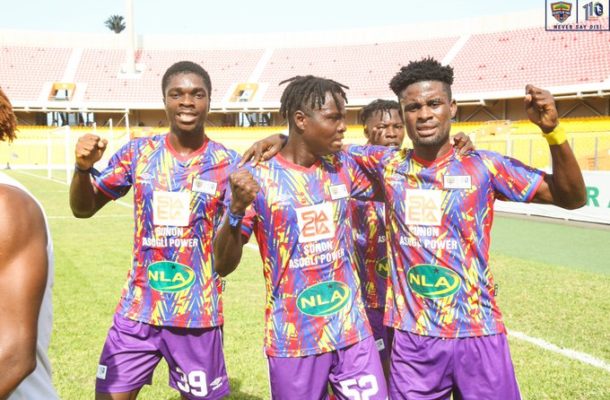 Accra Hearts of Oak continued their recent rich vein of form as they pummeled Dreams FC 3-1 at the Accra Sports Stadium on Sunday.

The phobians continued from their impressive 3-0 win against Accra Lions with another three goals as the win takes them to third.

A goal from the inform Daniel Afriyie Barnieh opened the scoring for the phobians before youngster Suraj Ibrahim added the second with an exquisite goal.

An own goal from Abdul Jalilu sealed the fate of Dreams FC before they scored a consolation to make it 3-1.

The win takes Hearts of Oak to third on the league log with seven matches to end the season whiles Dreams FC lie 13th three points adrift the relegation places.