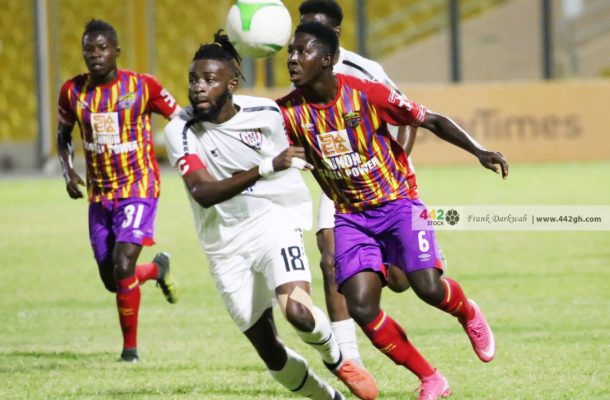 Accra Hearts of Oak bounced back from the Ashantigold defeat last weekend as they defeated relegation threatened Inter Allies by 1-0 at the Accra Sports Stadium.

Both sides needed three points badly for varied reasons at both ends of the table.

An own goal from Daniel Abanga gave Accra Hearts of Oak all three points on the night despite Inter Allies fighting so hard.

In the 27th minute Emmanuel Netteh ghosted past Gockel Ahortor before laying a pass to Ibrahim Salifu, who also shifted the ball to Fatawu Mohammed who crossed into the penalty areas only for Paul Abanga to direct the ball into his own net for the first goal of the game.

Daniel Afriyie tried to claim the goal but it was the Inter Allies defender who diverted the ball into his own goal.