VIDEO: Watch highlights of Hearts of Oak's 2-0 win over Medeama 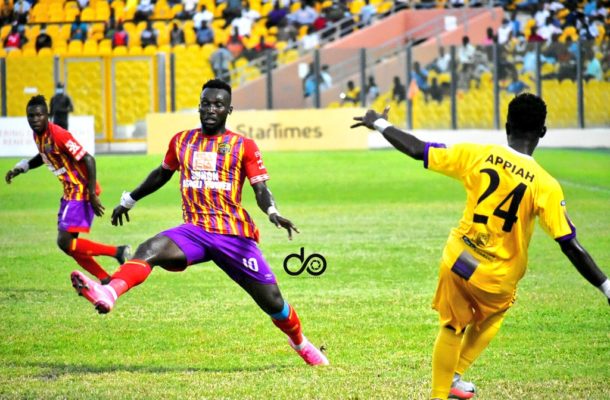 Hearts of Oak laid down a marker on Sunday with an emphatic win against Medeama SC to cement their lead at the summit of the Ghana Premier League table with an impressive win over Medeama SC on Sunday.

It was a tricky tie for the host and there was a lot of tension surrounding the match as it was the first time Hearts coach Samuel Boadu was playing against his former side Medeama since leaving them mid season under controversial circumstances for Hearts.

Dominant Hearts of Oak defeated Medeama SC 2-0 to open a three-point lead at the summit of the table.

Goals from Salifu Ibrahim and Benjamin Afutu ensured Hearts maintained their lead at the top with rivals Asante Kotoko yet to play.