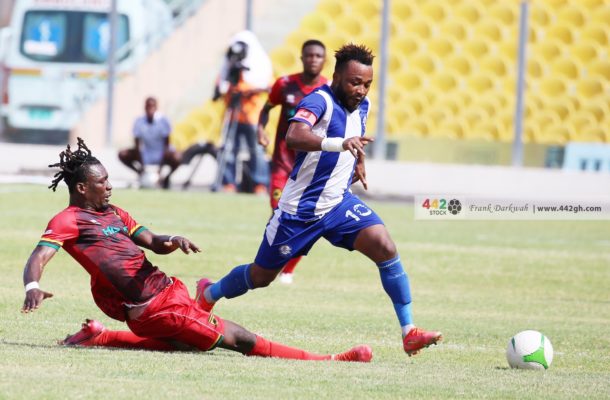 It was the top liner for the weekend and failed to live up to the billing as both sides prioritize not losing than winning.

Both coaches showed their tactical prowess as both sides cancelled each other out in almost every department.

The porcupine warriors had the better chances but the home side controlled the game but barely threatened the Kotoko goal.

Brazilian forward Michael Vinicius who was introduced into the game as a second half substitute arguably had the best chance of the game but missed a free header.

Godfred Asiamah who went on a mazy run from his own half also came close with his effort which was well saved by the Olympics goalkeeper.