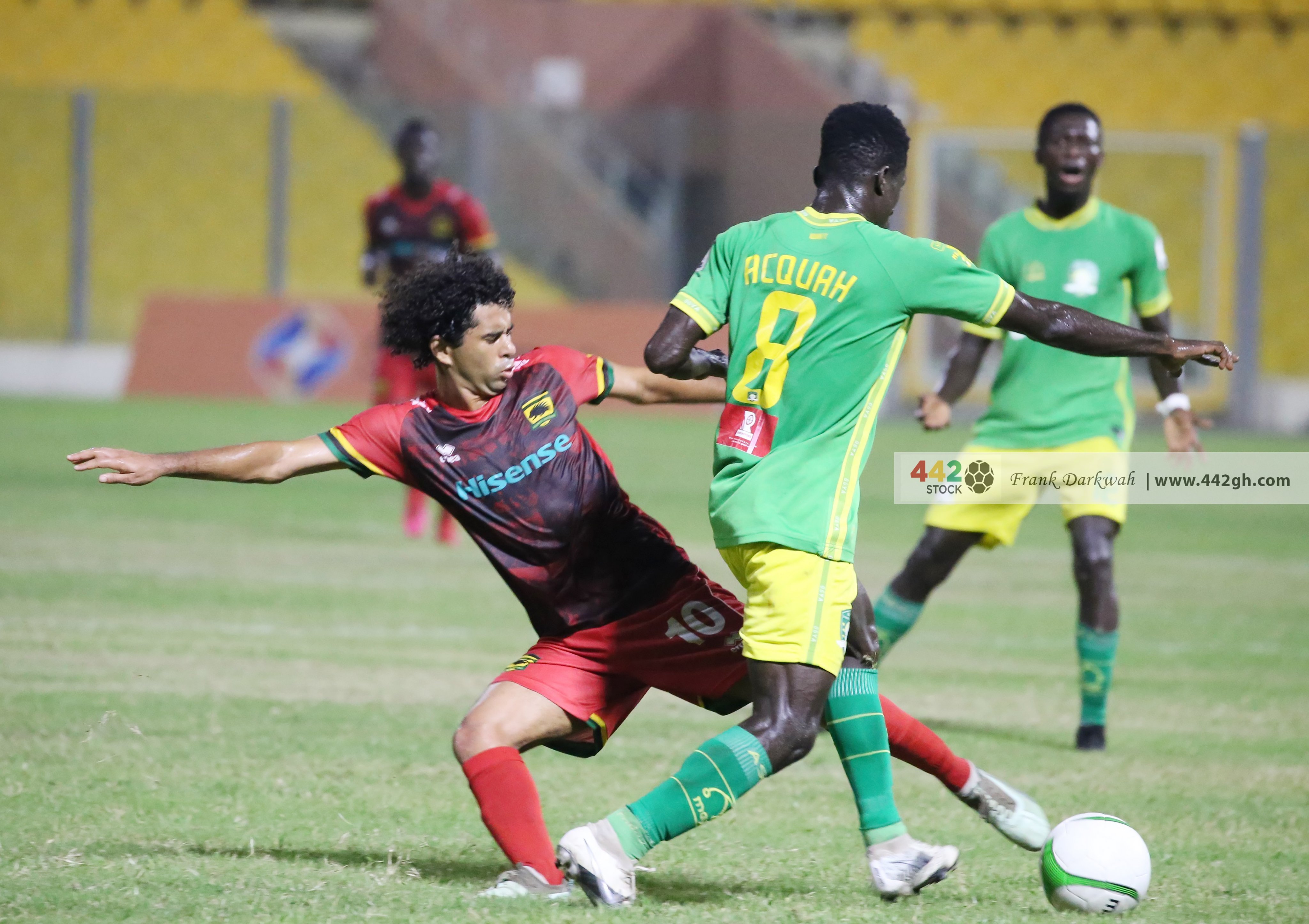 It was dubbed the ascension day but let me quickly remind you that it had nothing to do with Jesus, this time just that Kotoko's ascension to the league summit ended in tears.

Samuel Bioh who last year scored against Kotoko at Dormaa Ahenkro was at it again as he broke the hearts of Kotoko fans in the 75th minute.

A win would have taken Kumasi Asante Kotoko to the summit of the Ghana Premier League log but Aduana Stars had other ideas.

On the balance of play it was hard for the porcupine warriors who went home empty handed after being the better side for most part of the game.

But for their profligacy in front of goal and the heroics of goalkeeper Joseph Addo it could have been a different story.