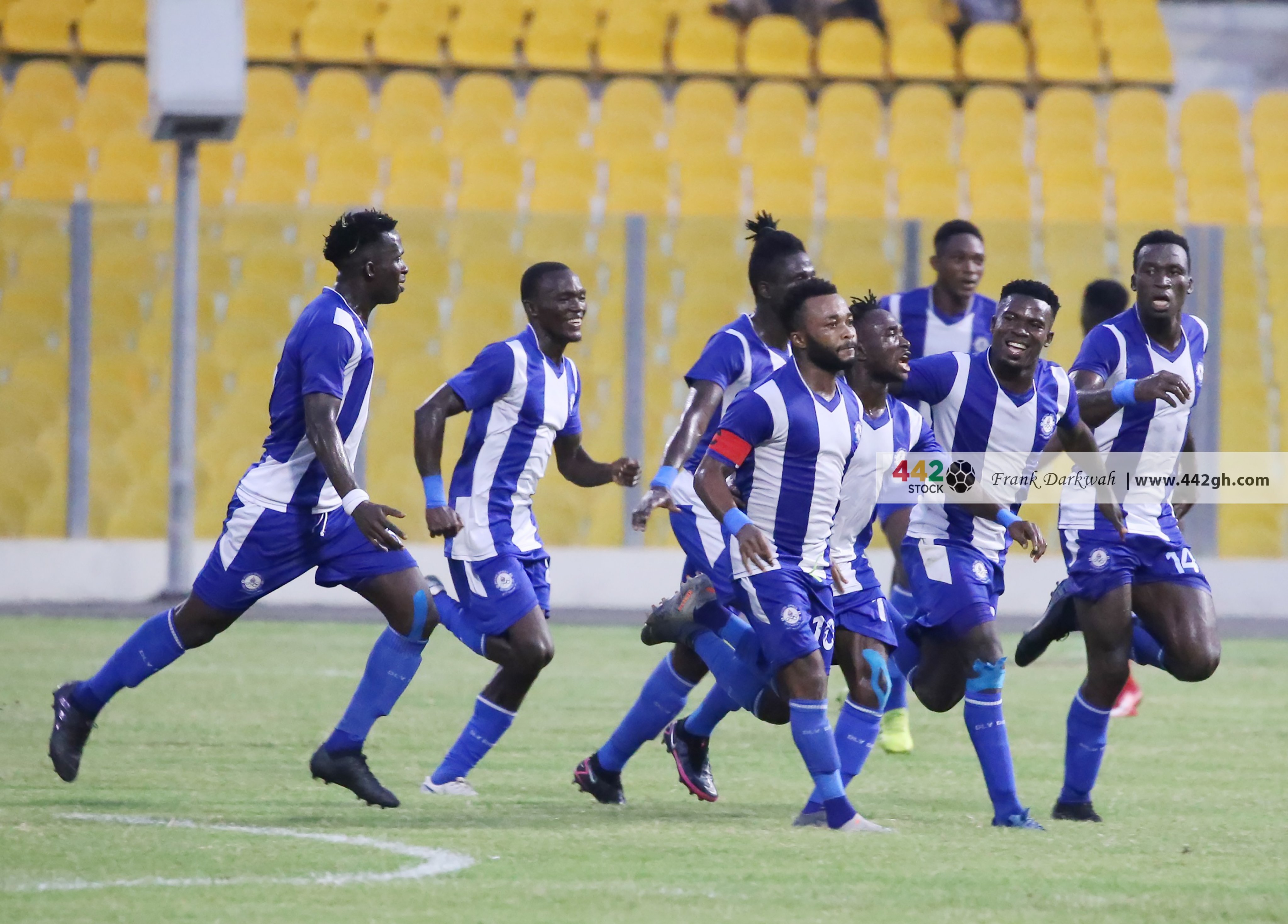 It was dubbed the Mantse derby or Derby de Capital but after 90 minutes, it was the wonder club who had the bragging rights after disposing of the tame challenge of Accra Hearts of Oak.

Two quick first half goals from the ever impressive Gladson Awako and Maxwell Abbey Quaye was enough for Accra Great Olympics to beat their city neighbours and older colleagues.

Hearts of Oak were outfoxed and outcoached by the smart tactics of their former assistant coach Yaw Preko who is now the head coach of the wonder club.

Gladson Awako converted a free kick from the left flank from about 20 yards into the top left corner of the goal before three minutes later Maxwell Abey Quaye added the second goal.