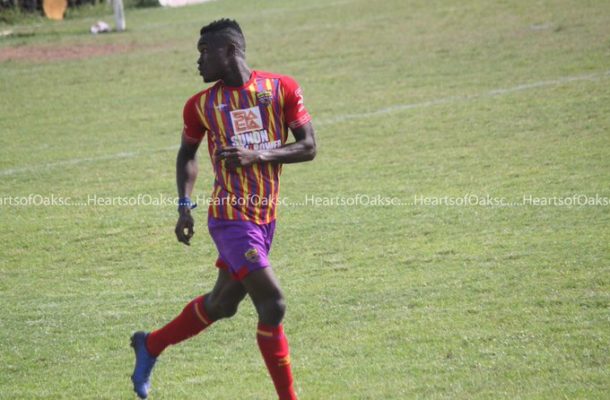 Accra Hearts of Oak have taken a 1-0 lead at the Ohene Ameyae Park in Techiman after some poor defending from the home defence.

The home side started the game on the front foot but the phobians weathered the storm and took the lead after a dreadful defending from former Hearts player Tetteh Nortey in the 27th minute.

He allowed a long ball bounce in the box without dealing with it as Kwadwo Obeng Junior run from behind him to touch past the goalkeeper to give the phobians a 1-0 lead.

A win will take Accra Hearts of Oak to the top of the league at least 24 hours before Kotoko play against WAFA.