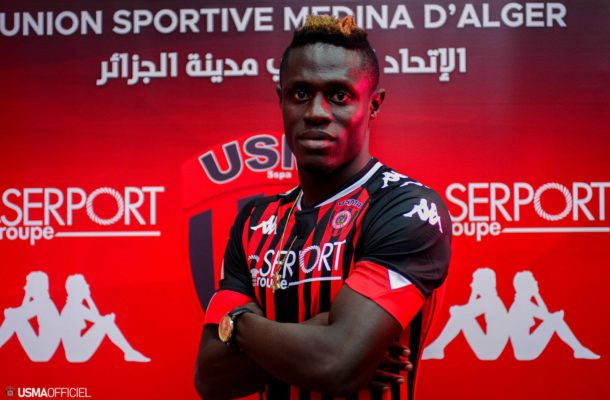 Ghanaian striker Kwame Opoku scored his first goal for his Algerian side USM Algiers in the Algerian Coupe de la Ligue on Saturday against MC Algiers at the Omar Hamadi Stadium.

USM Algiers won in the fierce derby in the cup game by 2-0, with the former Asante Kotoko striker opening the scoring in the 19th minute of the game.

It was his first game for the striker who joined the Algerian side for a reported fee of 500,000 euros during the second round of the Ghana Premier League season.